I shot a wedding on Saturday, probably on the coldest day I have ever been outside for photography. It was around -30C (that’s -22F to you south of the border), with a windchill making it quite a bit colder. The bride was determined (and brave!), and with bare arms, neck, and ankles, smiled and posed for some photos. What a trooper… I’ll have a few of those wedding photos up for a sneak peek shortly.

The thing about Calgary wedding photography is that the elements are always a force to be reckoned with. Snow, storms, cold, all things that create challenges both for photographer and participants. It’s hardly the most temperate place. Beaches and palm trees are lovely, but I’d imagine that taking photos of an unchanging landscape would get kind of boring. At least we don’t suffer for variety!

A week ago Friday, Calgary had a blizzard. Up in the NW where I live, it was like being on the arctic tundra in the middle of a storm, as the snow swirled and blew across the highway. I joked to my husband while we drove that I expected a polar bear to stroll onto the road at any second. It was unreal. Huge snowdrifts accumulated in our yard (and in our parking spot). I had to reschedule a portrait shoot, because it was just too intense to think about going anywhere, never mind actually going outside to take photos. Buses were stuck, roads were closed. If only all natural disasters eventually melted away to disappear. 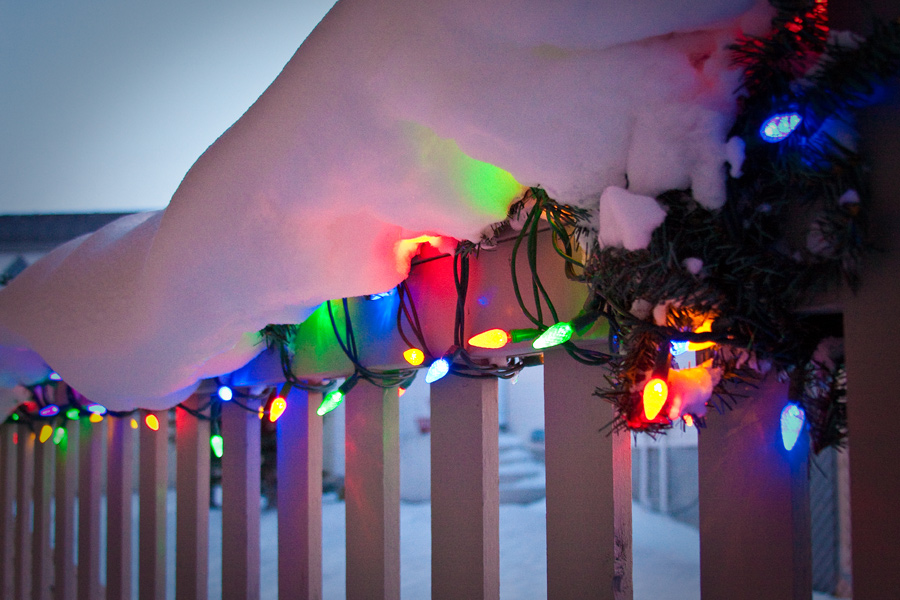 On the bright side, being stuck inside lately has given me an opportunity to finish decorating for Christmas! 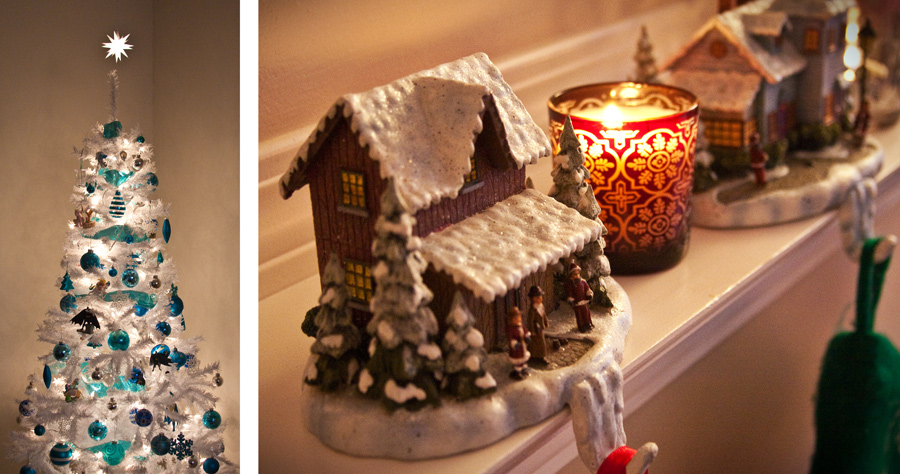 A white Christmas tree with blue ornaments, and stocking hangers from Germany, which we got at Edelweiss Imports.

The candle is a NOEL candle from Crabtree & Evelyn… oh boy do these smell great. Sort of a mixture of balsam pine with hints of orange and cranberry. They magically smell like Christmas and I absolutely love them. I look forward to when they appear on shelves, every year.

Unfortunately I had to buy a set of these twice because our van was broken into while we were out shopping one evening in November. It was kind of disheartening to have that happen right at the start of the holiday season, but we tried to get over it quickly, and remind ourselves that $100 worth of groceries and gifts wasn’t nearly as bad as it could have been. Plus whoever stole those things from us probably needed them pretty badly.

I love the holidays! I am so looking forward to baking and visiting with family. The months of December to April are usually slower for photography, so I am hoping to find the time to post to my blog more.